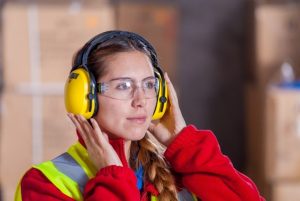 LED Lighting – The No.1 Choice

LED lighting is mainly known for the savings in energy it brings, but something that`s often overlooked are the numerous safety advantages that come with many LED Lighting fixtures. LED fixtures are so much safer for both the people who install them and for those any maintenance personnel. Not only this but their performance features also make project sites much safer. Three main safety benefits to LED Lighting would be the lighter materials that LEDs are made of; Their suitability for Heavy Duty applications; and LEDs can run for longer on backup power.

LEDs are made of Stronger, Lighter Materials

When you hold a regular incandescent bulb in one hand, and an LED bulb in the other, it`s pretty easy to guess that LED is much lighter. It`s common knowledge that there`s so much more power and light strength in the smaller LED bulb, but what people don’t consider are the materials that each bulb is made of. Traditional incandescent bulbs are made of glass, which is a factor to consider when talking about safety in lighting. If an incandescent bulb were to blow, shards of glass are now a safety hazard. For example, if incandescent bulbs were to be used in a food production or processing environment, shards of glass are absolutely a health and safety hazard. With LED lighting, the bulb blowing is not an issue, making them much safer. In terms of weight as well, LED light fixtures tend to weigh at least half of what traditional bulbs do. LED bulbs are much lighter, making them easier to lift and install.

The energy saving capabilities of LED bulbs are not just a financial advantage, these capabilities are also advantageous in the event of a building power failure. If a building uses a backup generator in this case, it is the much better option to have LED lighting as a backup. While you are working to get the power back up and running, there will be no worries about the backup lights failing, as LED bulbs will run longer than incandescent on backup generators. In the case of an emergency, you will have more time to evacuate while running on a backup generator.

If you work with LED Lighting, or want to know how to implement LED Lighting into your projects, Get in contact with us at Litho Circuits for more information.  We look forward to talking with you.