Do It for Dan – Litho Circuits Supports a Great Cause | 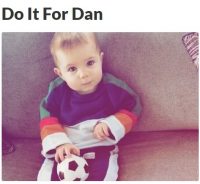 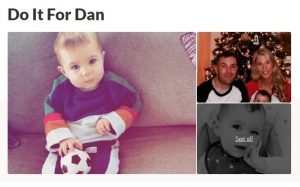 Do it for Dan, a fundraising effort set up by Laois natives Niall and Aisling Donoher, has had donation after donation come in during these troubling times, and at this stage they have reached their target amount. 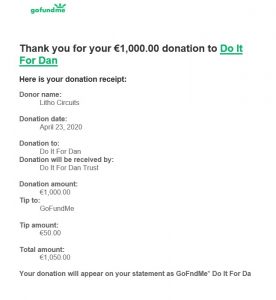 The fundraiser was set up less than two months ago in order to aid Niall and Aisling`s young son Dan, who was diagnosed with an extremely rare, life-threatening condition. Since it was set up, it has had a huge pouring of support, reaching its goal.

Here at Litho, we were more than happy to lend our support for such a great cause and are over the moon that the target was reached so soon. With the target reached, we are wishing the Donohers, especially Dan, our best thoughts and wishes.

This is a time for all of us to come together, so it is always good to see causes like these get the attention they deserve.